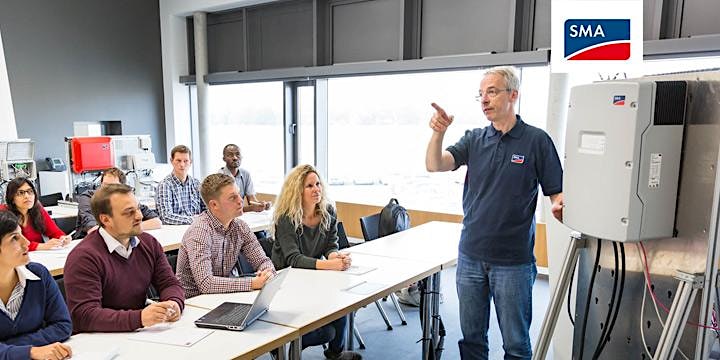 In many sunny regions of the world, SMA PV string inverters in combination with diesel generators and/or the utility grid have already become the most economical way to generate electrical energy for industrial loads, even without subsidies.

After this advanced training you should be able and qualified to install and commission the SMA Hybrid Controller M according to the SMA commissioning process.

Please do not forget to bring your laptop and its power adapter. The seminar consists of three days and includes lessons and workshops at the SMA Solar Academy plus workshops in the SMA Hybrid Test Center.